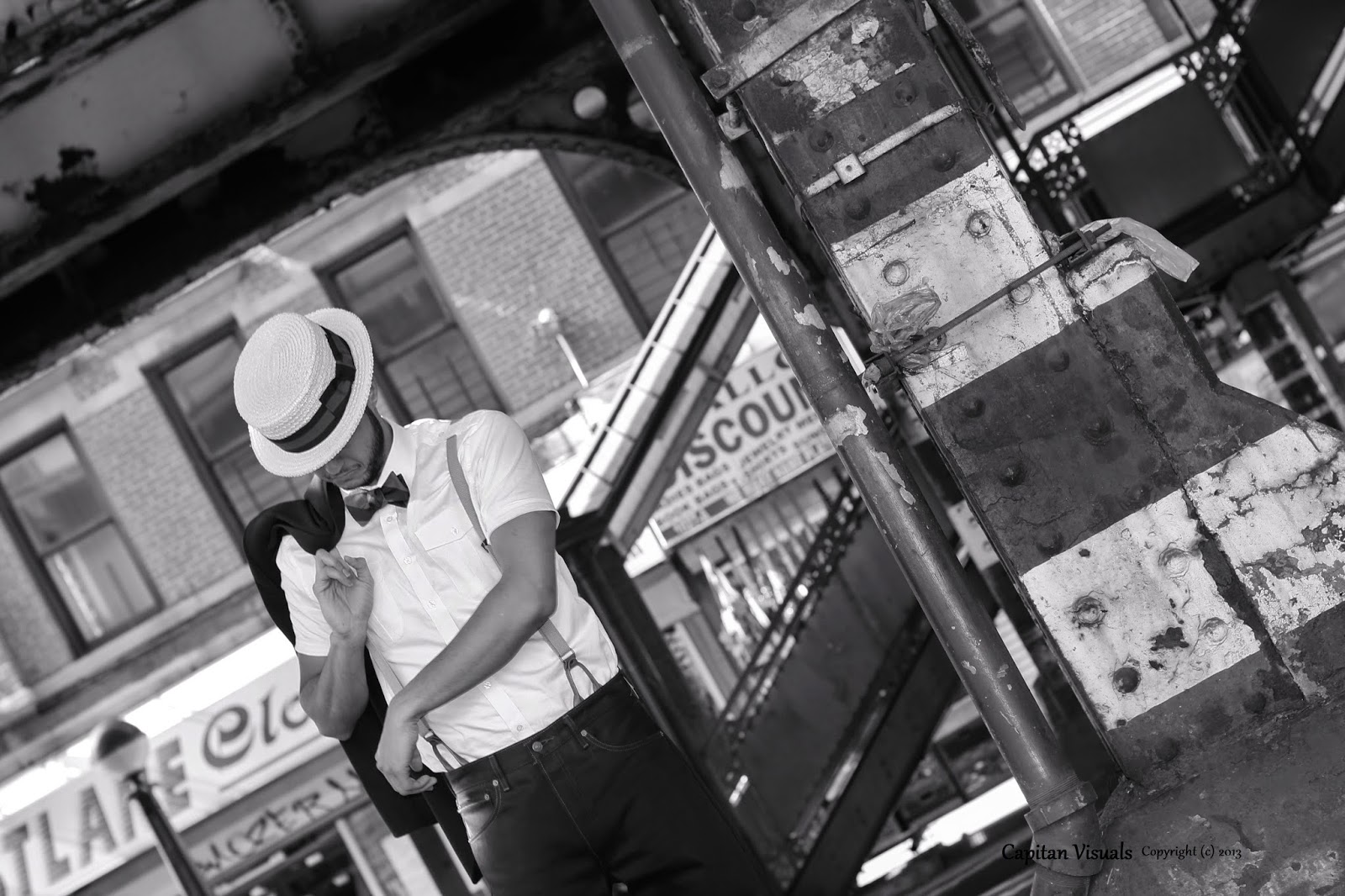 Many of us may have seen them before but may not have been too familiar with its name.

Boater hats were a men's formal hat made popular in the late 19th and early 20th century, especially for boating or sailing, hence the name. Due to being made of stiff straw, the hat was generally regarded for the warmer months. Its structure consists of a flat crown and brim along with a solid or striped grosgrain ribbon around the crown. The boater is equivalent in formality to the Homburg, and so is therefore worn as one would a Homburg; complimented with either a blazer, dress suit, or worn to a black tie affair.

Nowadays boaters are rarely seen except at sailing or rowing events or as part of traditional old-fashioned school uniform such as that reminiscent of the 1952 Princeton University Band which was featured on the October 1955 cover of Sports Illustrated Magazine. 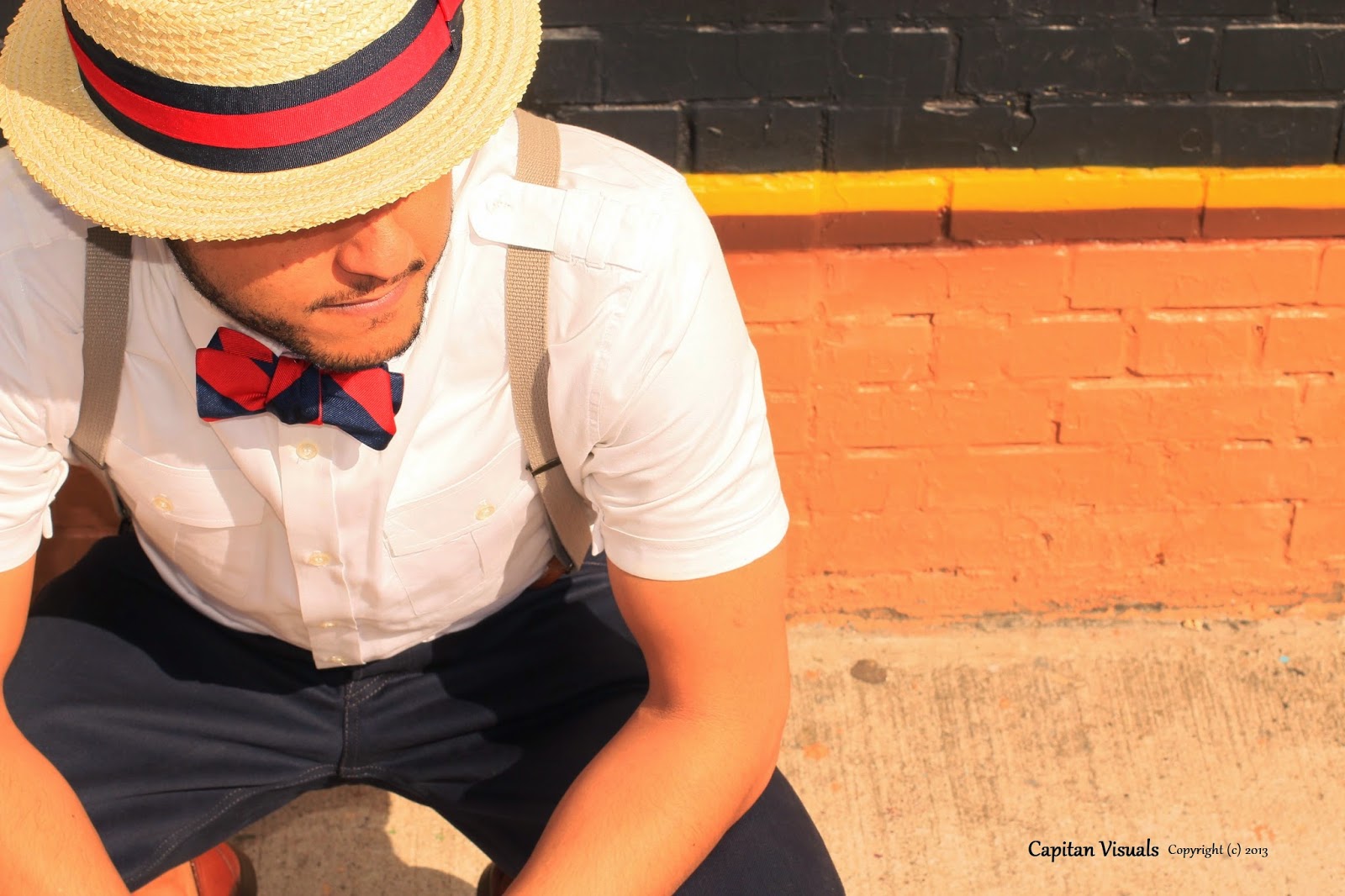 I do not readily remember what specific vision inspired my acquisition of the hat but I can assume I came across it along my usual research of all things fashion, classic and forgotten. And knew right away that I wanted to reintroduce it. Despite not remembering the inspiration behind it, I do recall when I first wore it.

It was the summer of 2012 at a childhood friend’s destination wedding in Dominican Republic with a powder pink linen suit, light brown wingtips, white short sleeve shirt and the same bow tie pictured above. I recall receiving both intrigued and even obscure looks (nothing to which I am not accustomed), not so much at the wedding but the times I wore it thereafter back home. However, about a year later it became a hit item across men’s fashion and bloggers due to its showcase on the renowned novel turned motion picture (again) "The Great Gatsby". In the film, starring Leonardo DiCaprio, one sees the lead along with other male characters donning the infamous hat of the time along with the many impeccable ensembles collaboratively created by Costume Designer Catherine Martin and Fashion Designer Miuccia Prada.

Being traditionally considered a formal head wear, therefore, it is expected to be worn in the theme of what we would call today business casual. So in keeping with the theme, I would suggest suit pants, chinos (I would even risk shorts), dress or boat shoes with a tie and button down or polo shirt with either shirt option accompanied with or without a blazer. 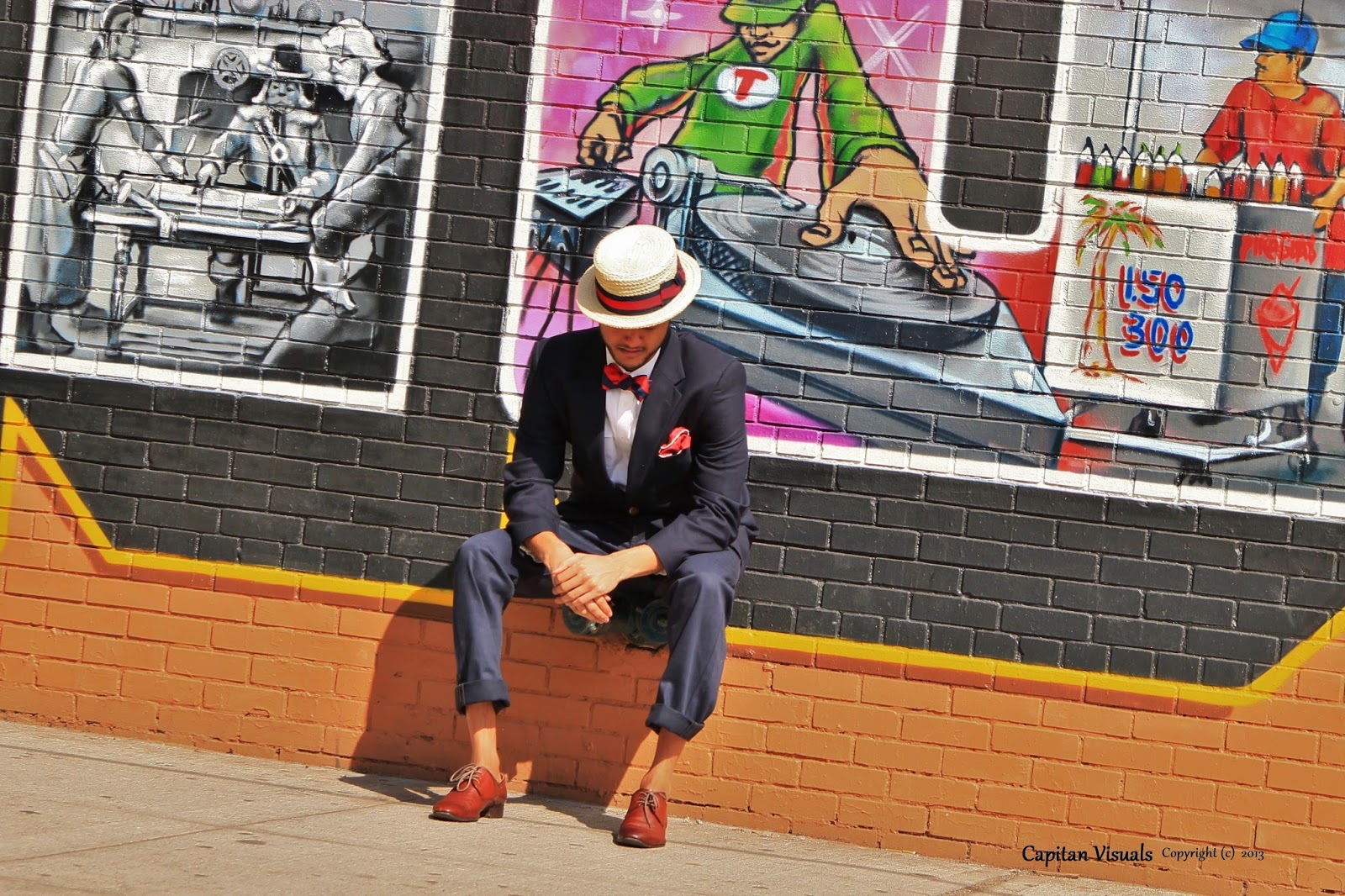 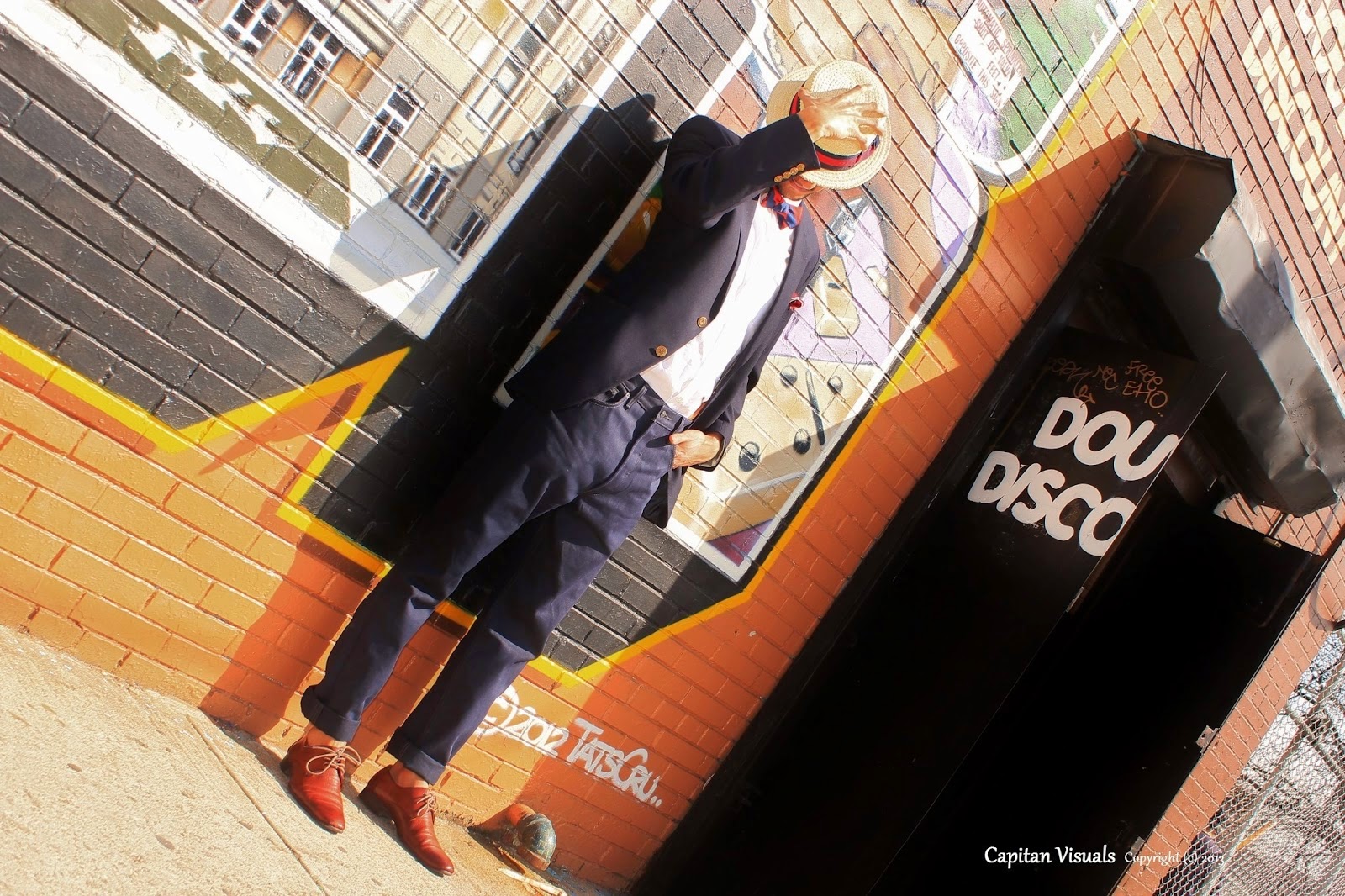 The look is from a past shoot but yet one of my favorite classic looks that I reintroduced for the sake of this article. I have not got an opportunity to sport my boater with the current spring being barely existent. But hopefully with the summer on the horizon, I plan to display more looks with the hat for you all to enjoy.