“These ain’t Diesel; These is Evisu!” 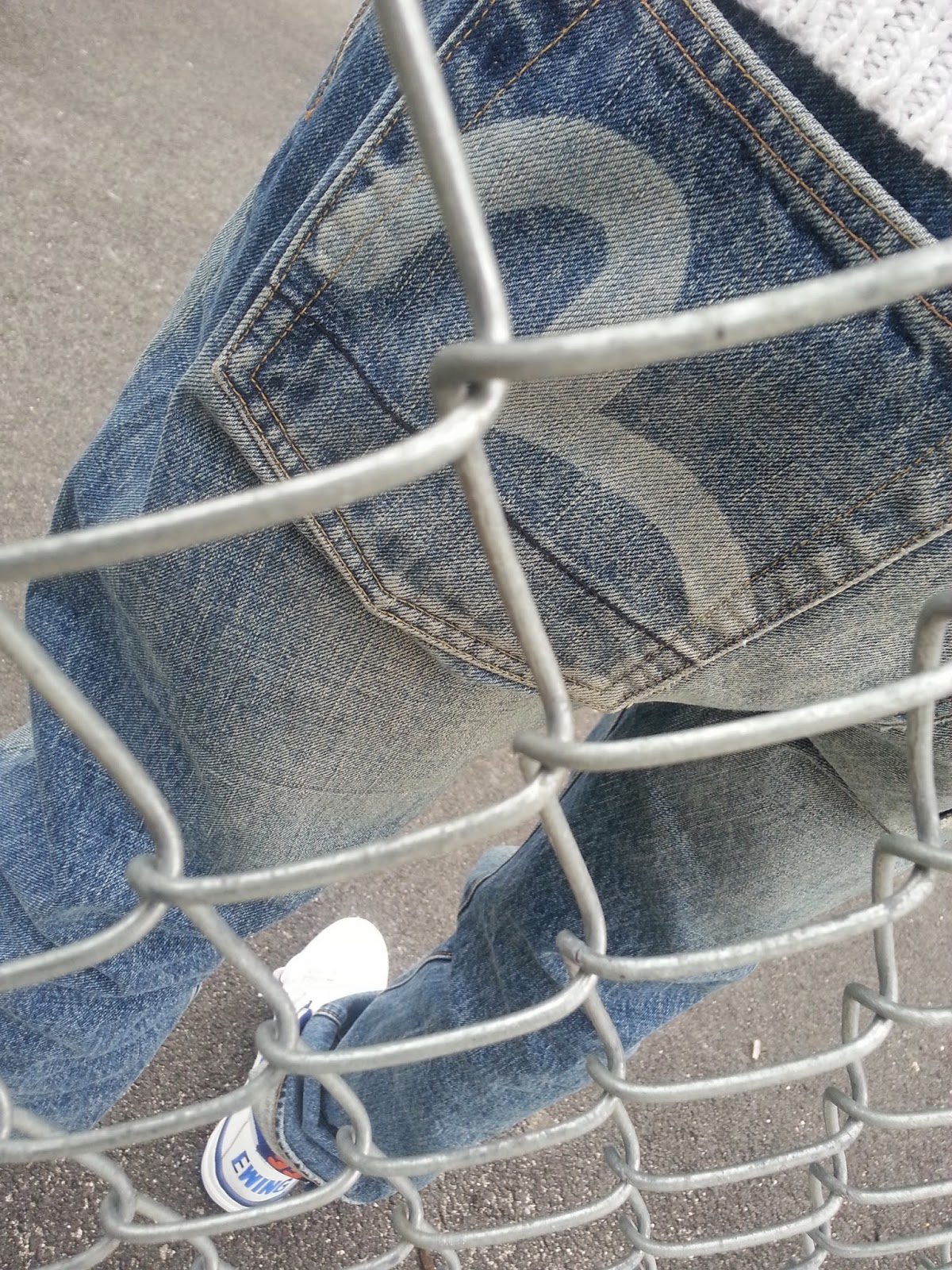 Prior to early 2000, Japanese a.k.a selvedge a.k.a raw denim was unheard of within mainstream Western fashion. Fast-forward almost two decades later and there is a cult market of selvedge denim connoisseurs. There are even countless brands that have emerged from various countries (Nudies/Swedish, Ksubi/Australian, APC/Parisian) basing their denim designs on the coined and highly popularized craftsmanship behind the Japanese’s denim style. But before there was a craze and copycat brands [in the US], there was Evisu*.

(Note: *Evisu was not the first Japanese selvedge brand but was the first within the US which I encountered). 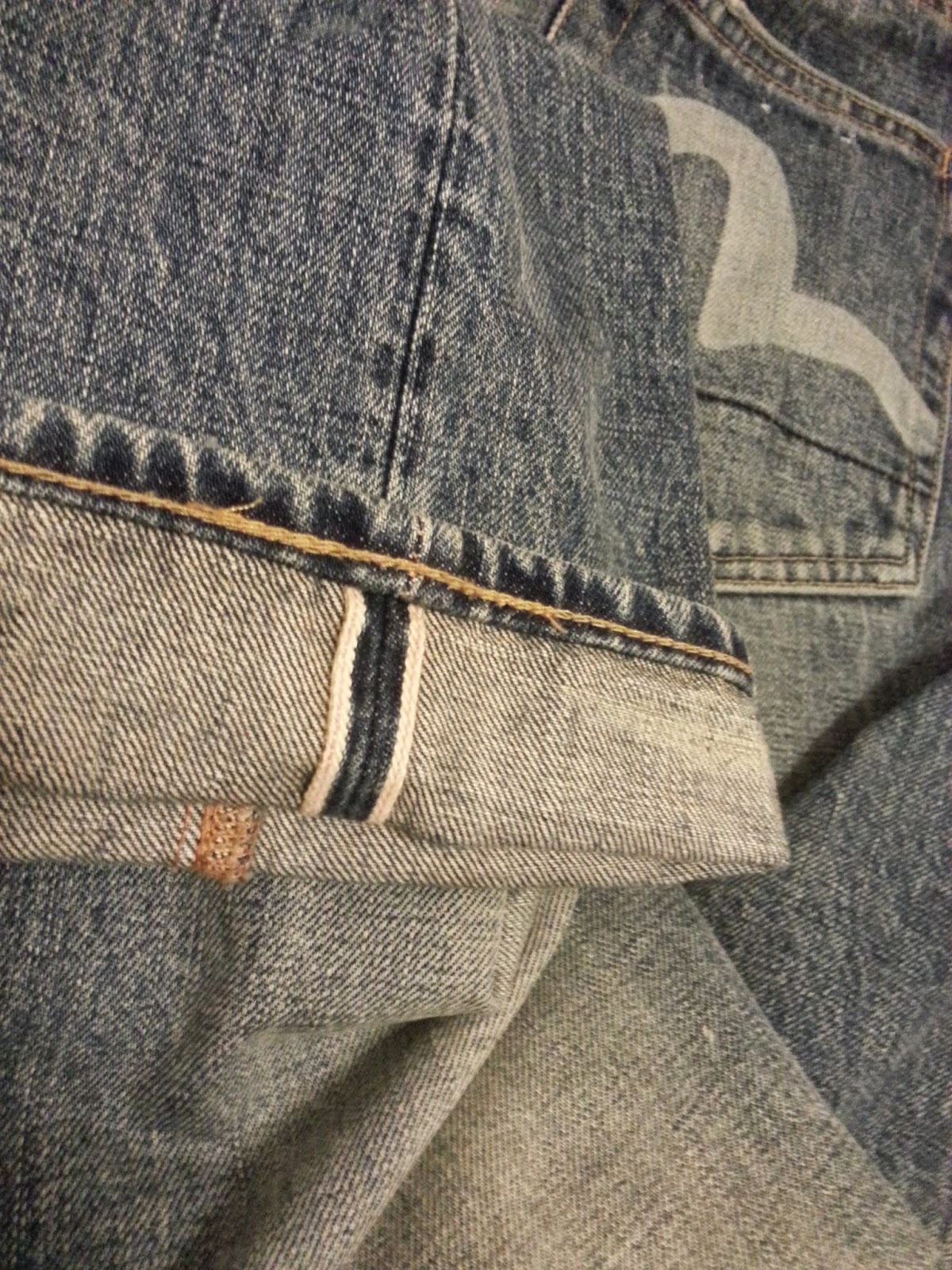 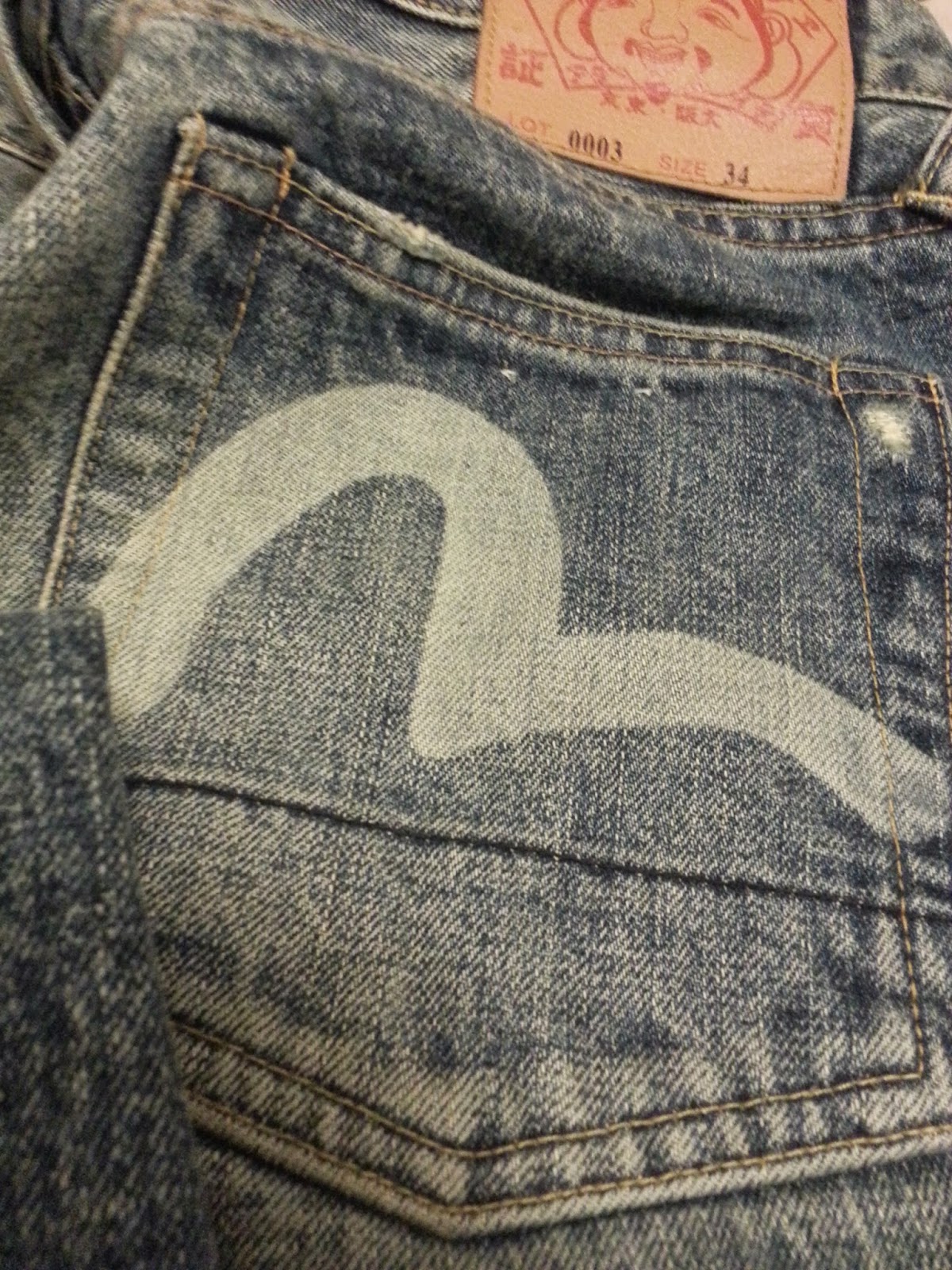 Evisu, was founded in Osaka, Japan in 1991 and is named after the Japanese god of prosperity; “Ebisu”. Initially only around 14 pairs of jeans were created per day, each one caringly hand-painted with the now infamous seagull insignia on the rear pockets. It was a premium and rich in Japanese denim-looming heritage. A denim wear with unique style components bridging vintage denim details with modern street edge. In the late 90s, Evisu became critically acclaimed as one of the ultimate denim must haves, internationally known and embraced by the HipHop community and the then budding “streetwear” culture. 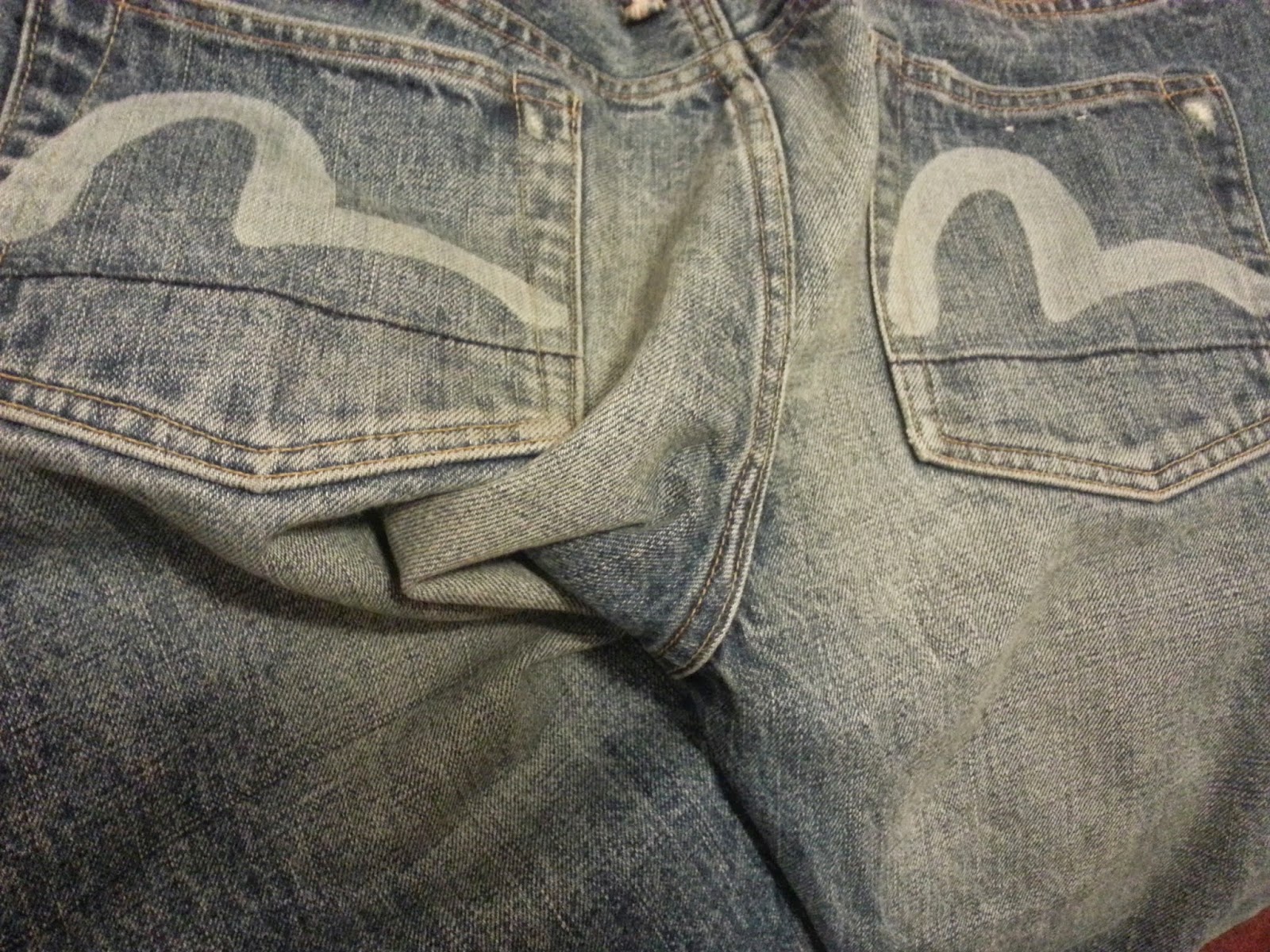 My first memory of “Evisu” was in Jay-z’s record “Show you how to do this”. Where he goes on to drop the line: “jeans are $300, these ain’t Diesel; these is Evisu!” At first, I did not think anything of it other than why would anyone ever pay $300 for some jeans? A thought that was unprecedented in a time when the standard for a mid-range pair of jeans would cost anywhere under $70 dollars. However, little did we know that we were on the cusp of a denim evolution. It was an evolution that would set the precedent of paying upwards of a $100 dollars for a premium pair of jeans now in demand by the newly awakened denim-quality conscious buyer.

I recall seeing my first pair in Sammy’s Fashion, one of the few places where I am from which carried Evisu. And they definitely were close to $300 a pair depending on the style. They had there own section away from the rest of the other denim brands. Even more so, some of the more expensive Evisu styles were contained in a glass showcase with lock and key. I was enamored with their originality and unparalleled workmanship in a time where very few denim brands were pushing the limits outside of using different types of enzyme washes. Shortly after, I remember purchasing my first pair. 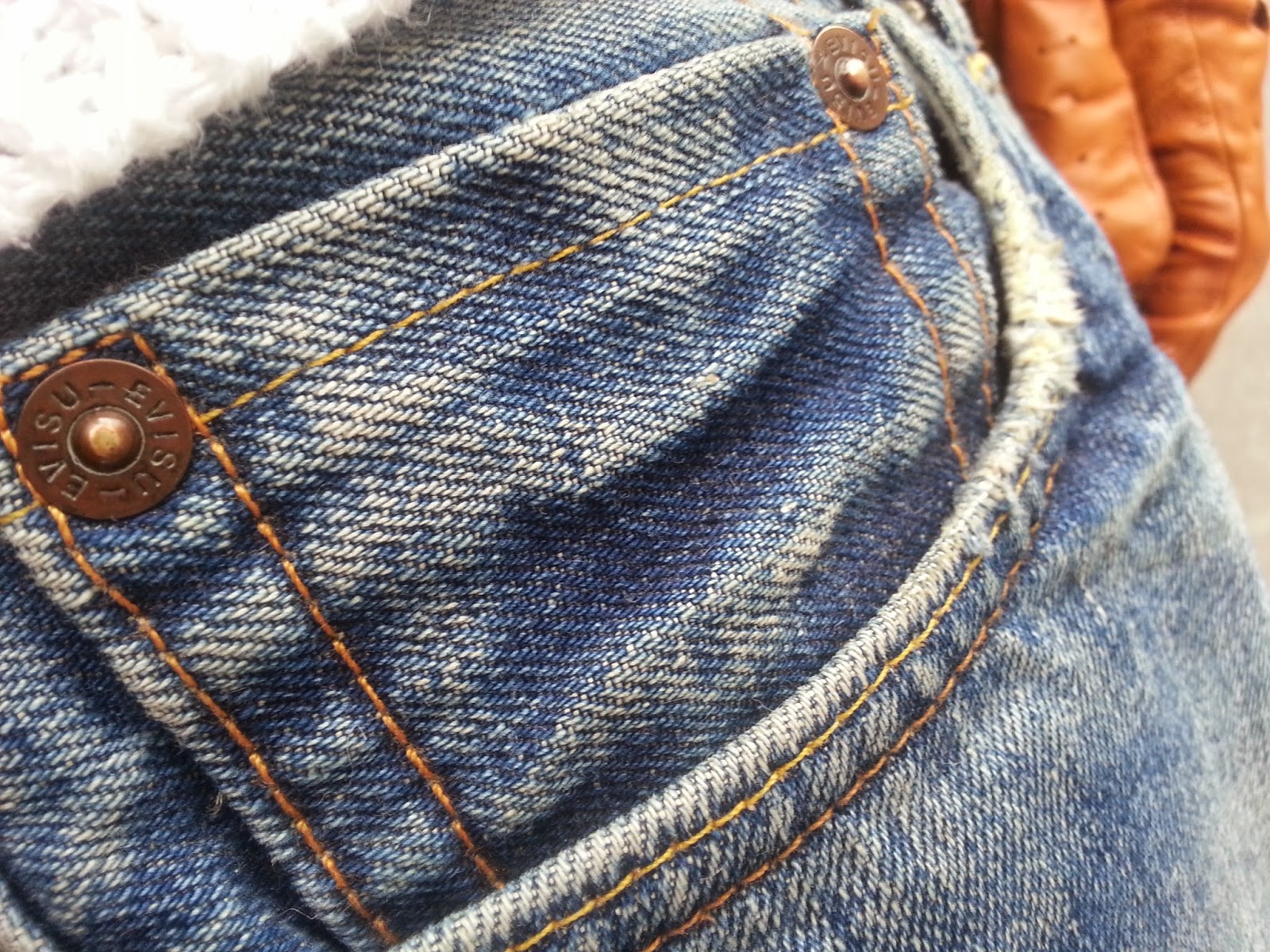 It took for this Japanese phenomenon to come along and help us realize what the industry had been missing. I appreciated their attention to detail such as their standard bi-color (orange and gold) seam stitching and fitted cuts (inseam seldom went over 34inches which was risky since bagginess was the current fad). From their denim textures and color richness down to their infamous hand painted insignia; a symbol that soon epitomized high end denim. 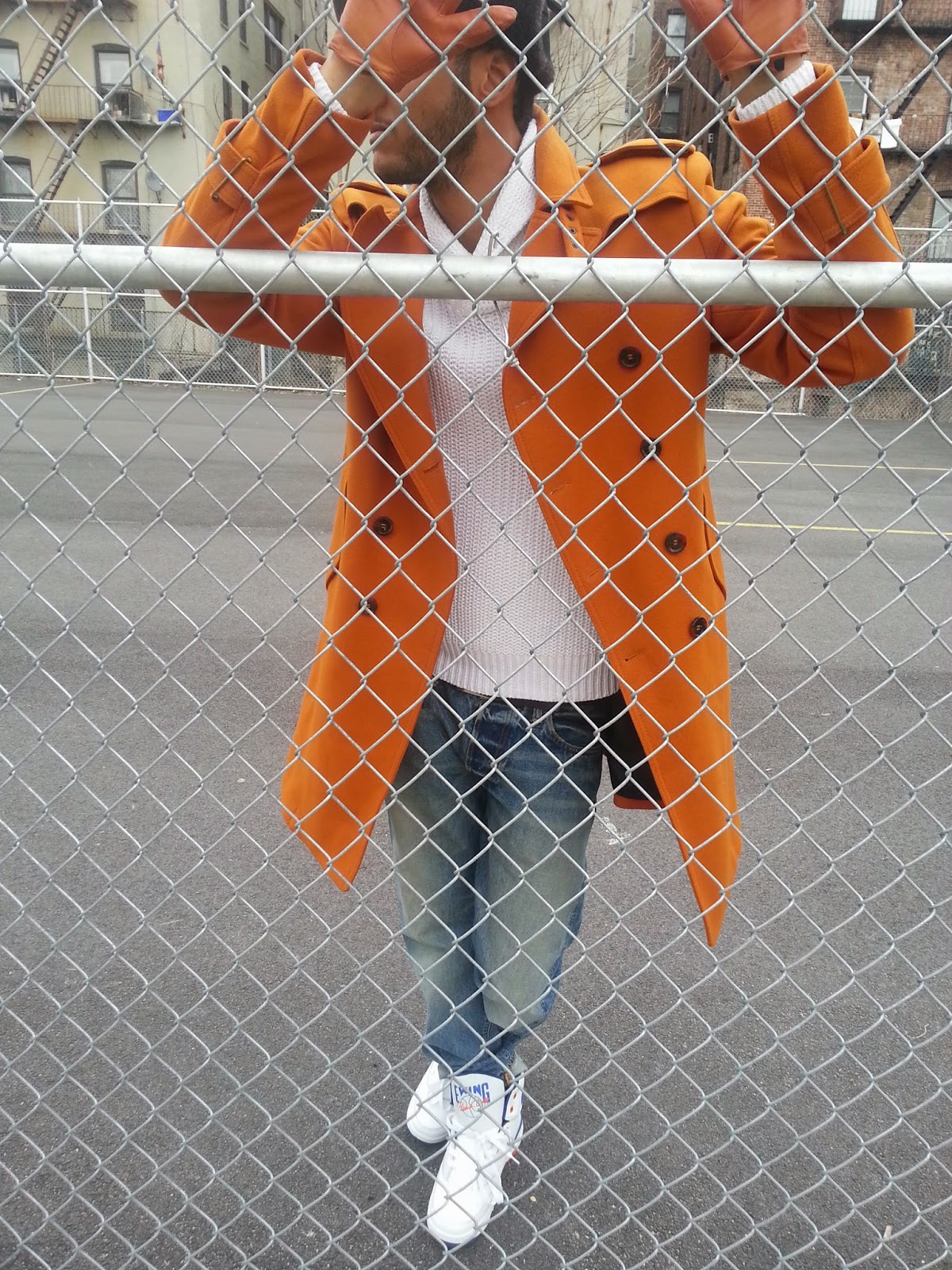 But as with all things that become oversaturated in the streets and in an endless attempt to preserve “individuality”, Evisu had seem to have faded into the dark abyss of fad-stricken brands. Or was it the rise of competitors and lower price points which then created options? Whatever the case, Evisu perpetuated a standard of design that went unrivaled for some odd years. I eventually sold most of my ostentatious pairs but kept the distilled few. I understood that, that which is of quality and goes around does not go too far around before it returns. And therefore I decided to assist in that return by reminding other enthusiasts and making Evisu part of the denim conversation once again.

Current Pair:
I am wearing a medium-weight, light blue pair with a sand wash finished. I love this pair because they fit just right and drape well over my high top footwear; yet still aesthetically appealing with low tops. In addition, I appreciate the fact that any fellow selvedge connoisseur can appreciate the quality and cut but would have difficulty guessing the brand unless my back pockets were exposed making the answer a dead give away. As I walk away, one can see the ever so faded painted seagulls which can throw any retro-enthusiast into a Back to the Future-esque cerebral-optical kaleidoscopic vortex caused by the  disruption of the time continuum from the flashback brought upon by this long forgotten throwback. All the while arriving to the perplexed rhetorical thought, “Those is Evisu?!” 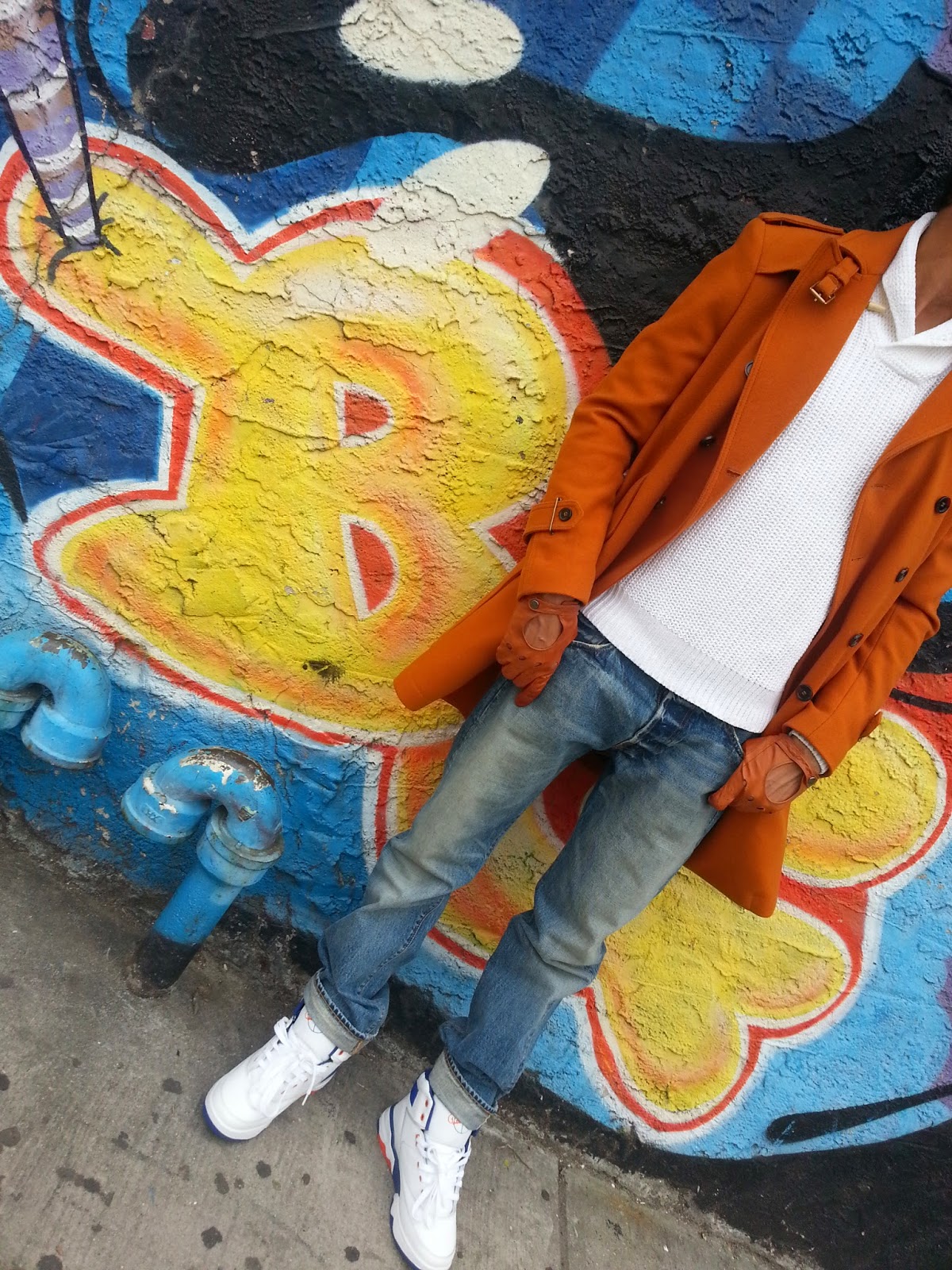 Click here for more on the history behind Japanese selvedge denim and the present day fanaticism.

These pair of Evisu jeans are currently for sale in the newly added “My Closet” section located on the upper left hand corner. 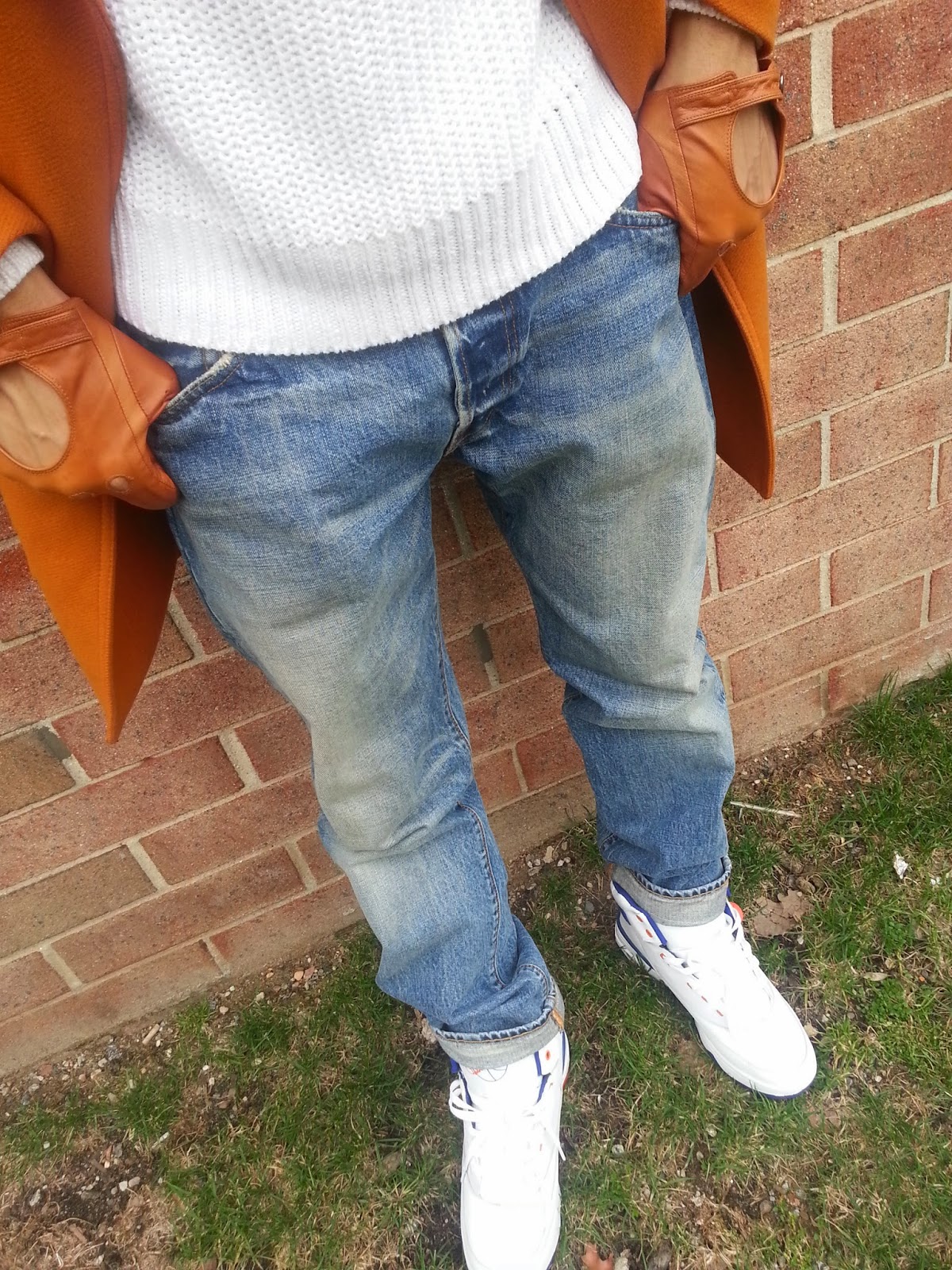 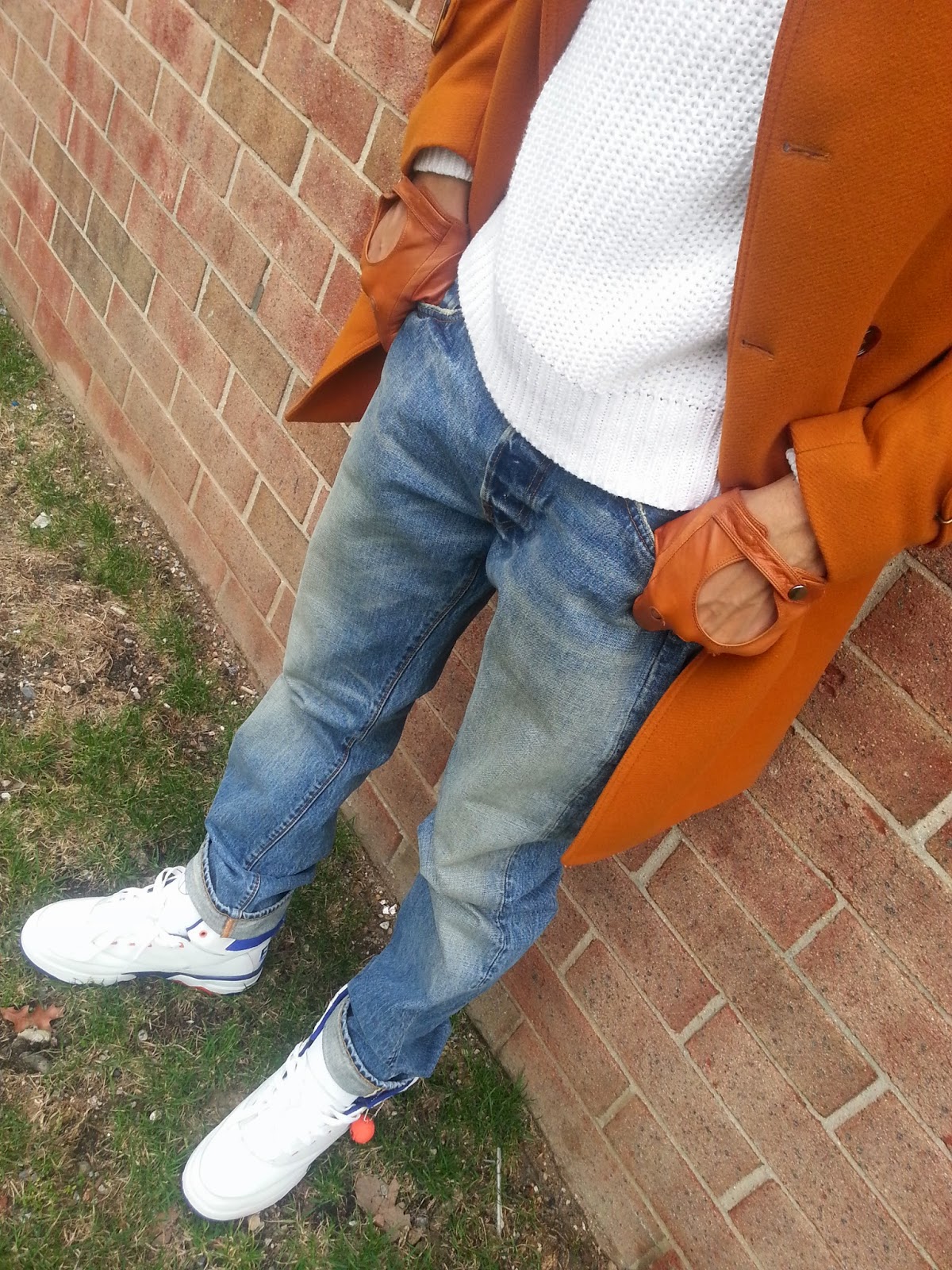 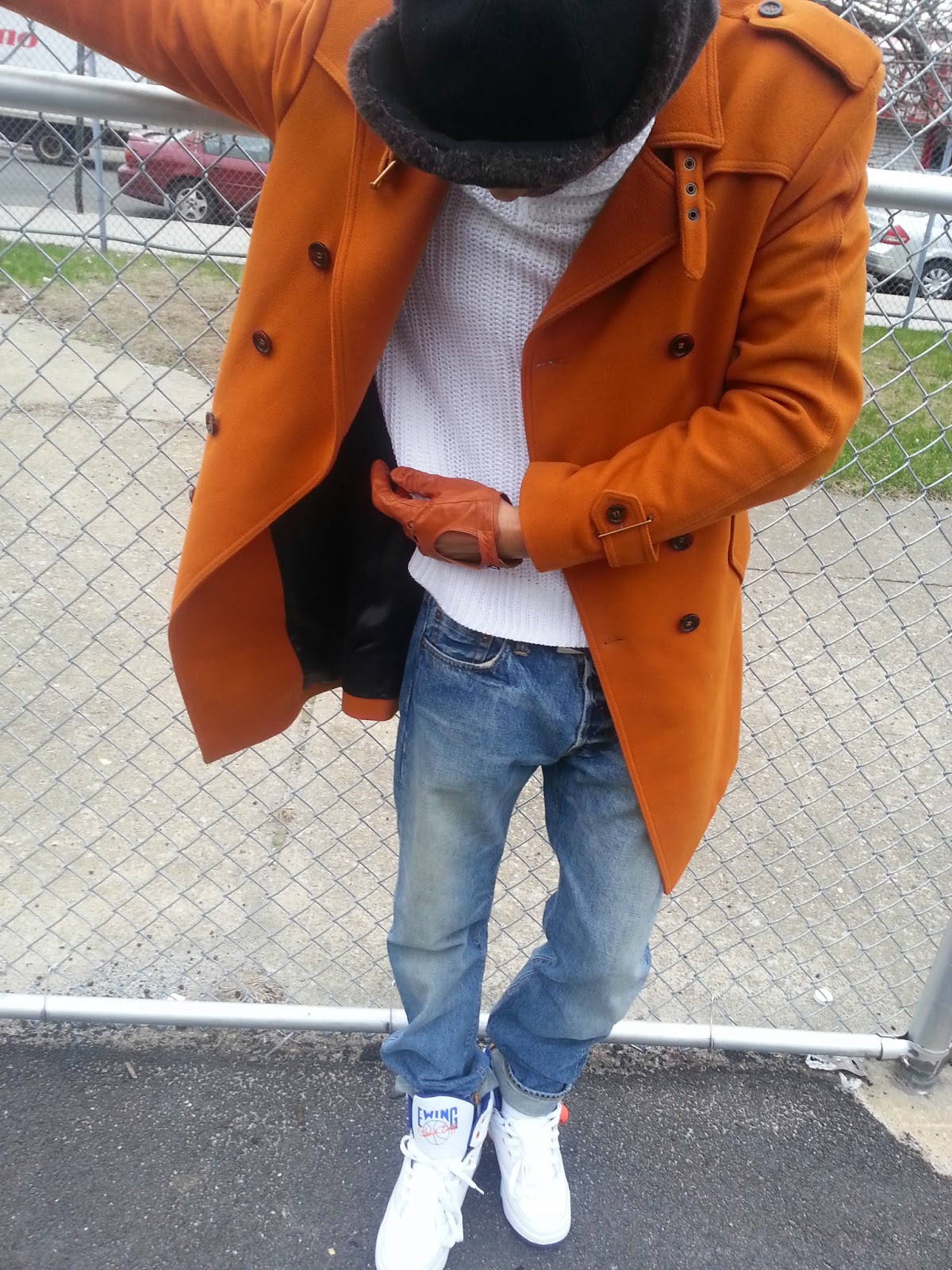 "My Closet" is where you now have the opportunity to get your hands on some of the premium and exclusive items** featured in my articles.

(**Most items are pre-owned unless stated otherwise.) 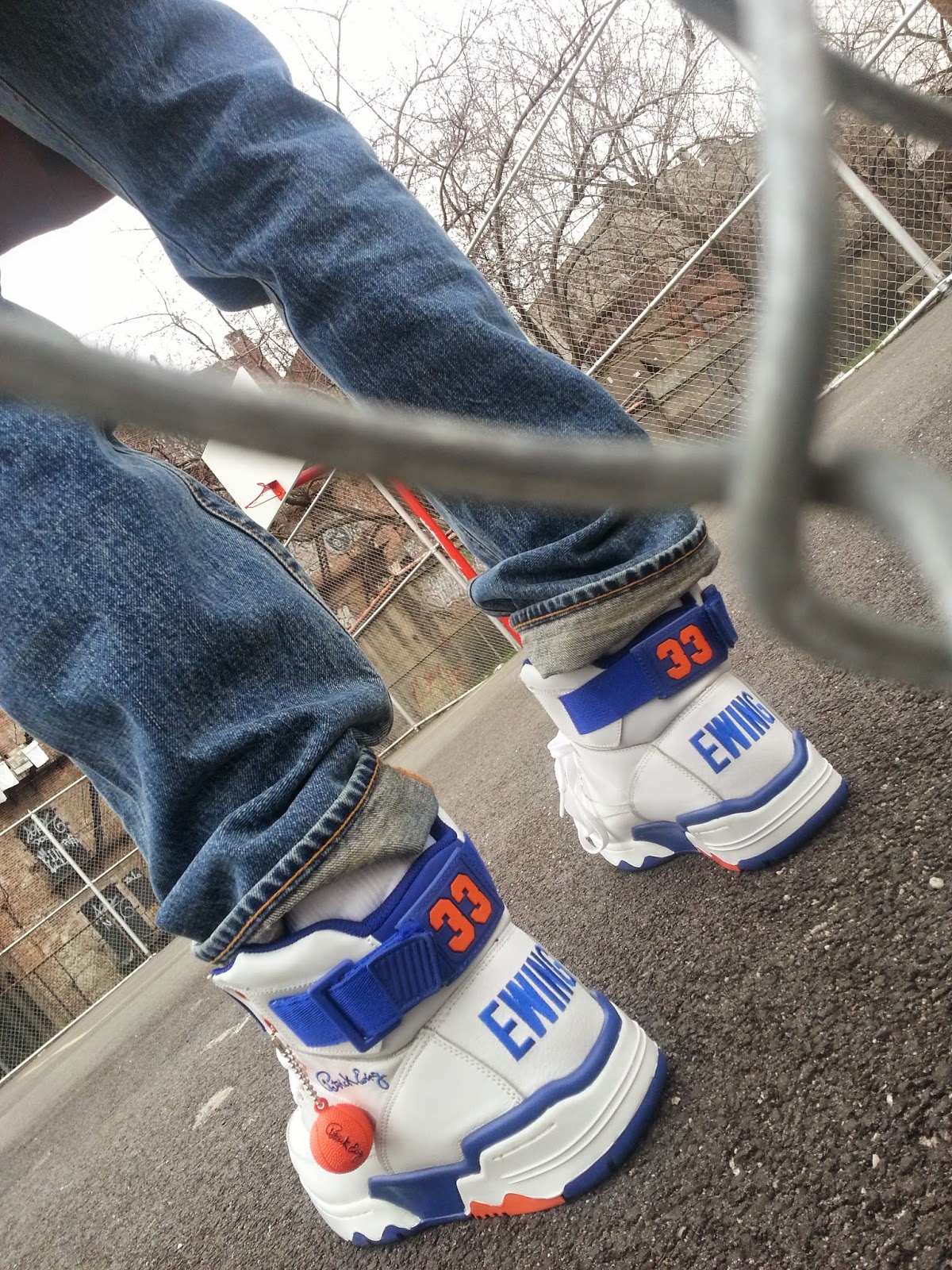 {For styling services and endorsements please refer to the contact page.}