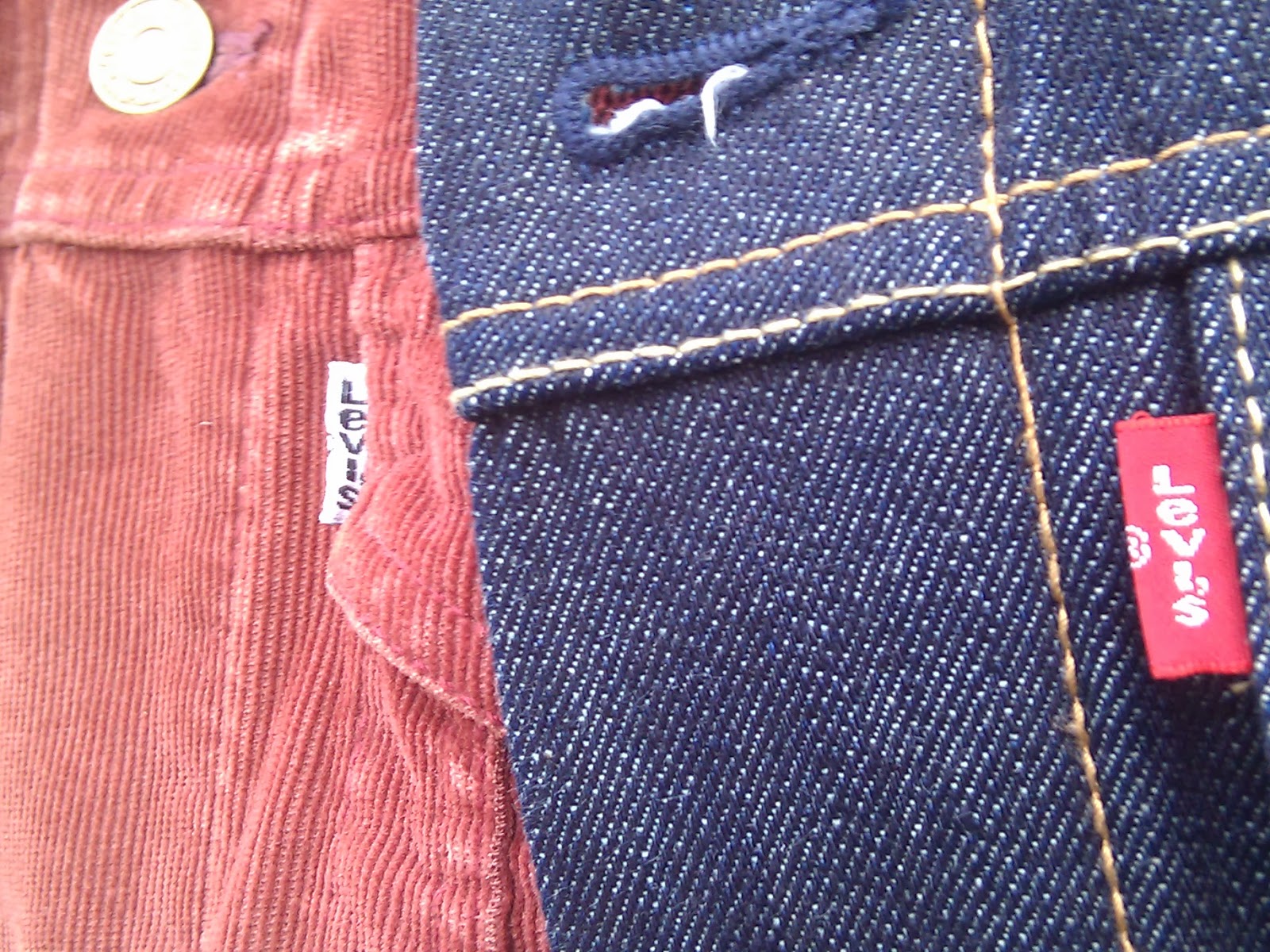 After so many weeks and months of working on various projects simultaneously (Creative Director of www.ConvolutedConstruct.com upcoming collection while continuously researching and writing interesting upcoming articles for you all and the recent influx of styling clients) I finally decided to take a day off. It was my favorite type of day off too.
It was a dim and cool Friday morning consisting of a light rain shower (the perfect weather for staying in) and I was in bed looking over some old and unused photographs. Looking over the pictures inspired me to write this article (still working on my day off apparently). The pictures brought me to a place which reminded me of where I once was in my life: What I was thinking, doing and trying to accomplish at the time and all with respects to where I am now. The memories and pictures made me smile and allowed me to appreciate how far I had come.
The set of pictures particularly responsible for this nostalgic trip were from one of my first personal styling photo-shoots which never made the cut onto the site. They most likely never made it because I was such a hard critic of myself at that time (still am) that I probably did not think it was good enough to be a site entry. But I decided this day to share it with you all, not because they are any better today than they were before but because it is a glimpse into a man’s quest towards holding steadfast to a once "silly" and therefore suppressed dream. It was a wanderlust trip down memory lane revealing that anything is possible. 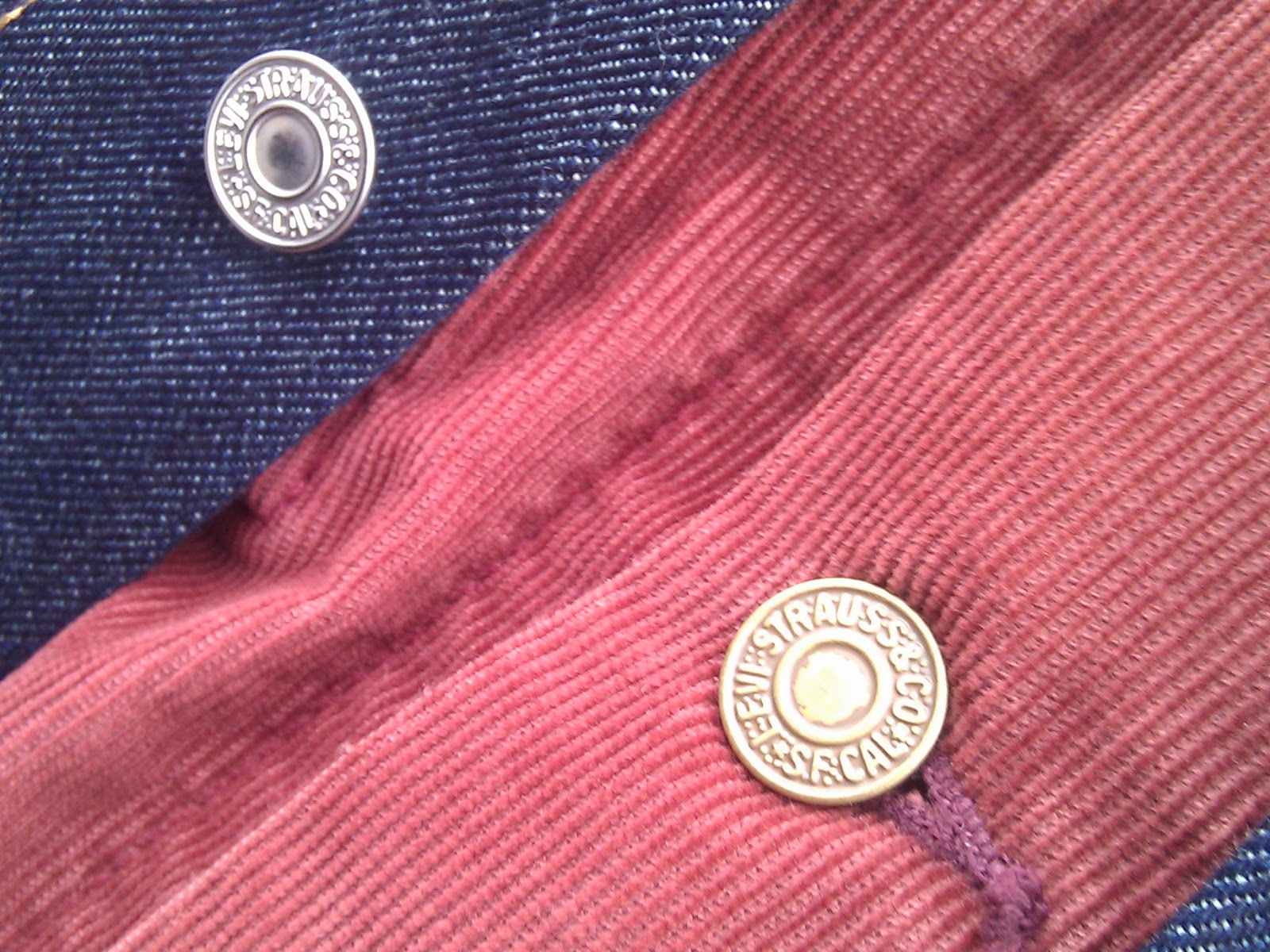 Memory circa 2010:
The Boots:
David Z stockroom associate turned company’s footwear creative director and brand collaborator, Ronnie Fieg, was in collaboration with Polo at the time. Polo had recently re-released their pair of the vintage Ralph Lauren Polo Ranger boots. I vividly recalled my affinity for this specific boot design when they first debuted in the mid ‘90s and when I first saw them on one of my most stylish relatives. Then fast forward and here came Mr. Fieg who in collaboration Polo altered the color way of these classics into a never before seen red distressed leather; making them a must have! To add to the mass craze (going on in my own head of course), the boots were limited and would only be sold exclusively at selected David Z retailers. So after much thought and internal debate…who am I kidding … Once those were purchased then all I needed was a jacket to compliment them. 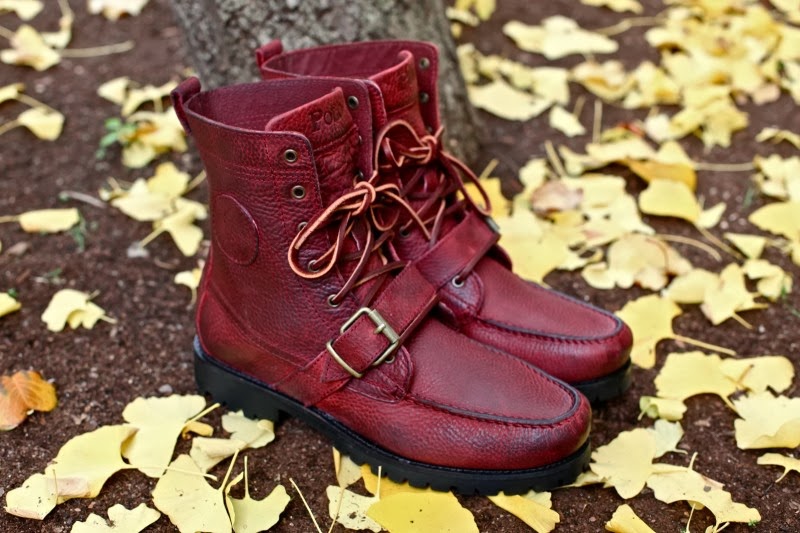 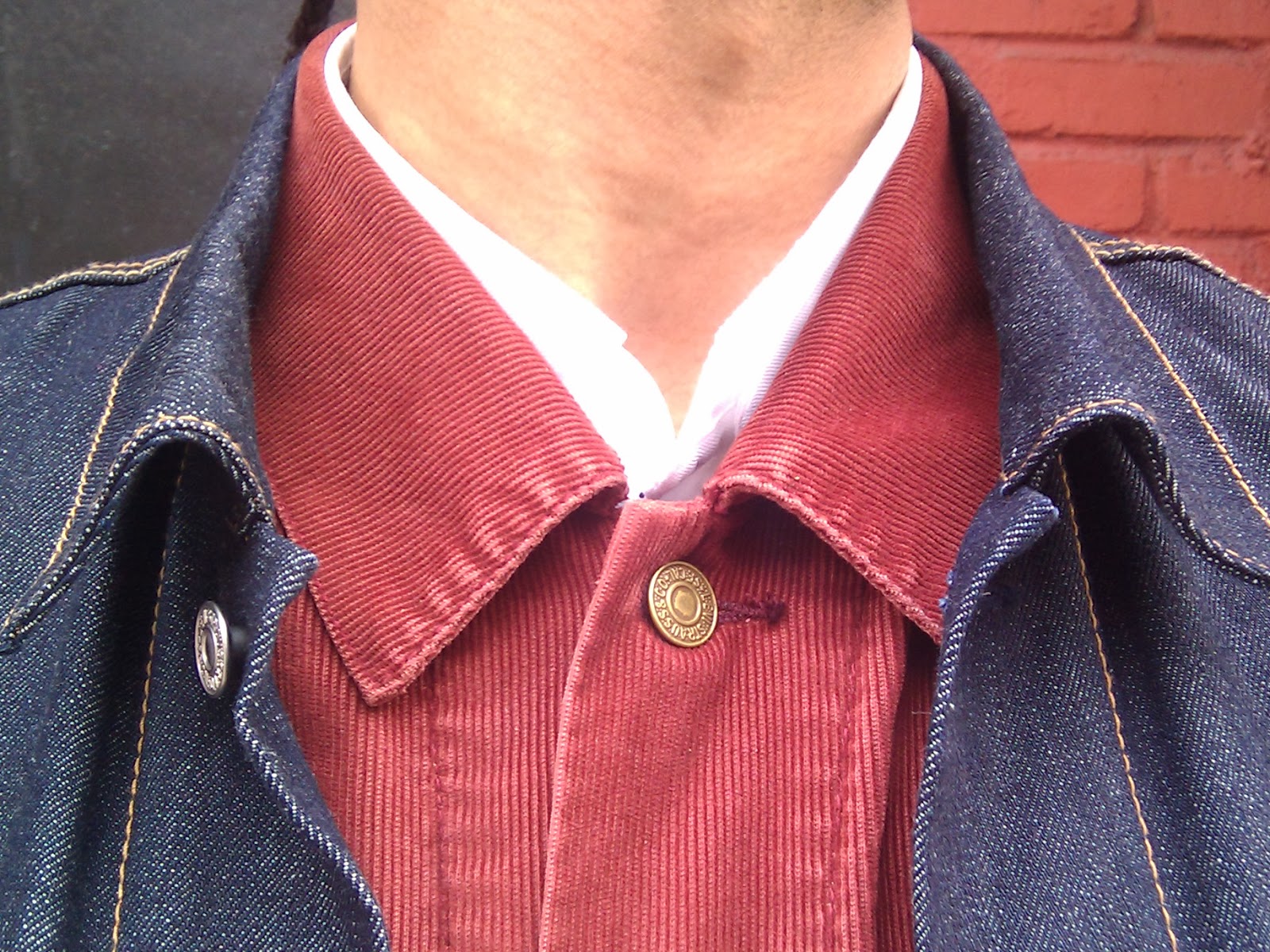 The Red Jacket:
I was at the Levi’s store on 59th and Lexington window shopping with a friend when I came across their new line of their classic trucker denim jacket in corduroy and in different colors of the material. And to my surprise, you guessed it; they had an auburn-red color jacket which was a no brainer purchase. However, I miscalculated the drape of the material and so the size in which I got the jacket made it drape more than desired (“fun house” store mirrors I guess). But instead of returning it like any normal consumer, I simply un-seamed the too droopy sleeves and patched the armhole back up transforming it into
my very own personalized trucker vest. 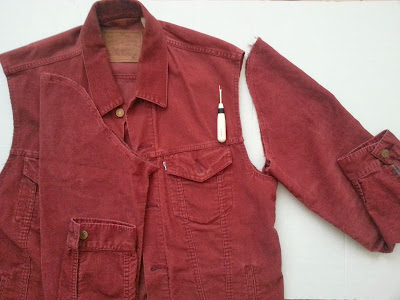 The Denim Suit:
Maybe not so much today but once matching your jeans and jean jackets were the style. So much the style that different brands would put out denim suit combos (don’t act like you don’t remember the Guess or Girbaud sets). Nowadays, however, it seems to be a fashion “no-no” to match them; maybe because it looks too dated or it’s too tedious of a task trying to find a match. Either way I still enjoy doing it for it uniformly clean aesthetic and so I set out to find a matching denim set. 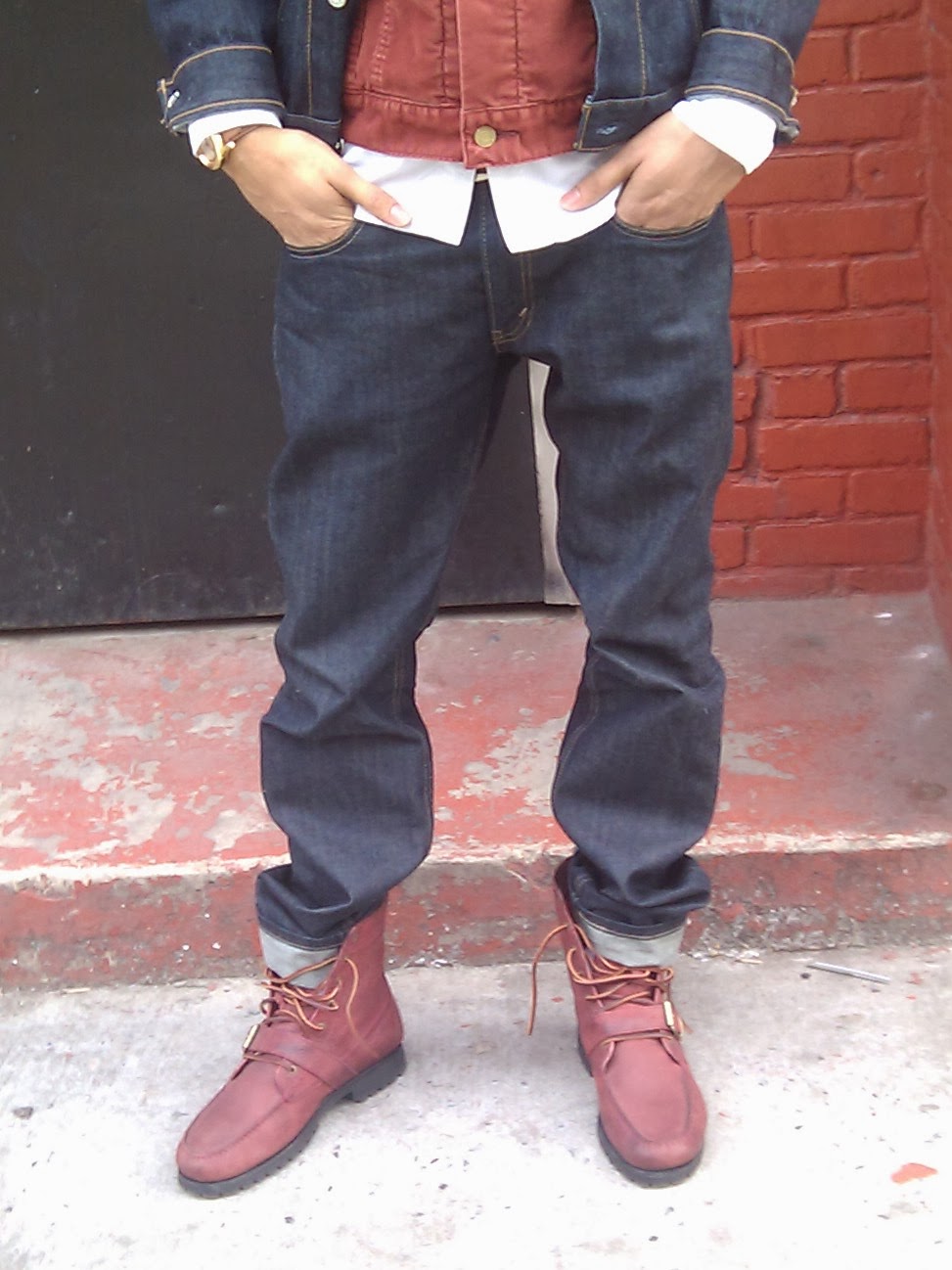 At the time, I really had an appreciation for the True Religion denim sets; their different washes and corresponding stitch colors. But as I foresaw the sets gaining popularity, I quickly lost interest due to their potential over saturation. It’s a stylistic pet peeve of mine to:
1. dress like everyone else and
2. spend great deals of money while doing so;
especially with the cost of those denim sets then. Nonetheless, with much trials and tribulations I was able to stumble upon the perfect set. A set that I felt matched the best (with regard to corresponding stitching and denim color) and yet still classic. Over the years of countless fads, I have come to learn the importance of classic. I learned that you can never go wrong with something that promises to withstand the test of fads. I found this classic denim suit at no other  than the classic denim pioneers; Levi’s. 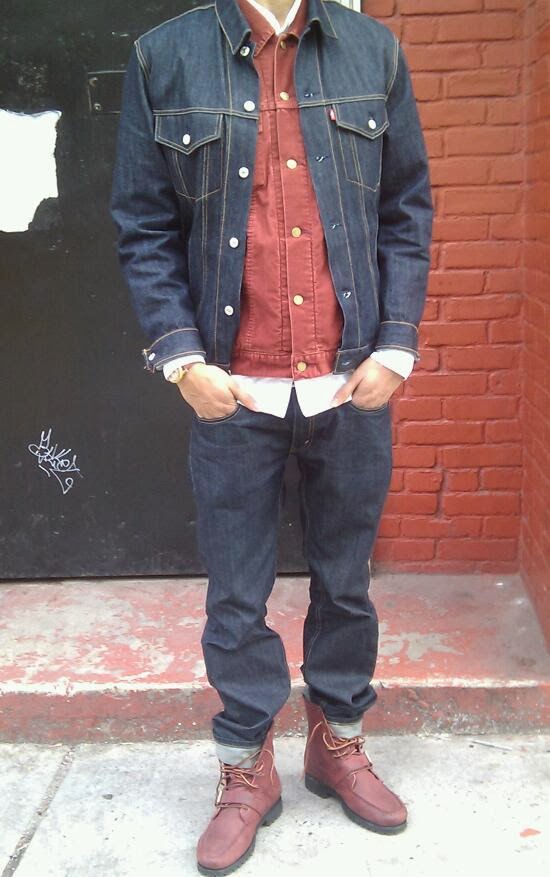 Bringing it all together:
At a time when people were beginning to lose the coat in exchange for different types of layering it was common to see cool-innovative layering tactic. One of these most common tactics was placing fitted denim jackets under blazers and overcoats. It was then, and still commonly seen today, one of the type of layering to stick as a staple look. And so I thought to myself; "why not layer denim with denim?" And voila! This is how my look that I like to call “Levi’s Layering” came to be.