"Next Wave" 3: The Duffel Coat 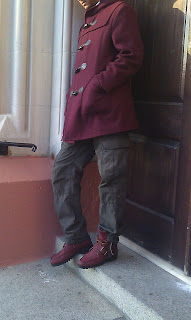 A duffle, or “Duffel”, coat is a coat made from a coarse, thick, wool material known as Duffel; named after a town in Belgium where the the material derives from.

The coat’s origin is traced back to the 1890’s and the British Royal Navy. The coat’s make up consists of a hood, four (or more) front wooden-horn toggle-fasteners with four rope or leather loops which “loop” around the toggles to close the coat shut. The coat’s most distinctive feature is its wooden toggle-fasteners (resembling “walrus teeth”) which are said to of been made to be easily fasten and unfasten while wearing gloves in the cold weather at sea. The coat is usually always three-quarters in length coupled with two large outside pockets and an oversized hood. The oversized hood was said to offer adequate room to wear over a Naval cap. 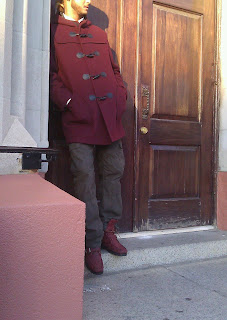 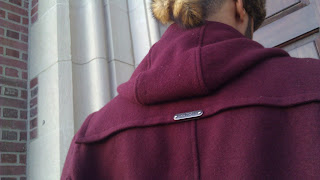 The design of the coat was modified slightly and widely issued during World War II. However, after the war the coat became widely available to the general public at reasonable prices and therefore became popular item during the 1950s and 1960s. This was due to a post-war military surplus of the duffle coats which were purchased by the British company Gloverall. And in 1954, Gloverall started producing their own version of the duffle coat which they continue to produce today.

*Ladies and gentlemen, if you are currently interested in purchasing a duffel coat like the one in this article you can go to SchottNYC where you can find it in various sizes, cuts and colors for both men and women. In addition, the one featured in this article is currently up for sale for $180.00USD, whereas in the SchottNYC site it retails at $280.00USD. Also keep in mind when purchasing either the one on this site or one off of SchottNYC, the coat runs small. For example, the one in this article is a men's size XXL but fits like an XL. 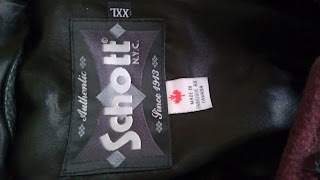 **The Duffel coat can be beautifully paired off with a Davy Crockett Raccoon Hat. 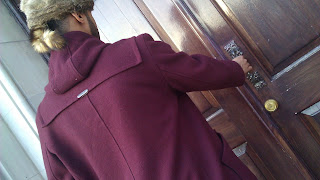 And for the rest of the "Duffel Coat" photo shoot you can view it at The Esoteric Fashionistas.
Posted by Unknown